Currently, there is an art exhibit featuring Cuban Artists at the Santa Monica Art Studios entitled, "Made In Cuba! Recycling Memory and Culture"...  I read about it earlier this week in the Santa Monica Daily Press (see below): 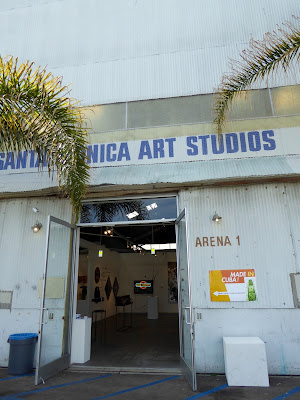 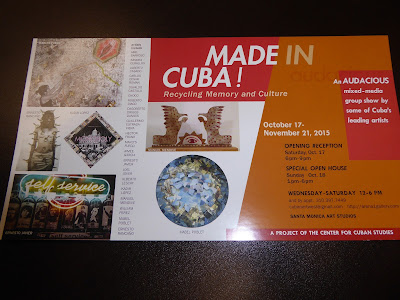 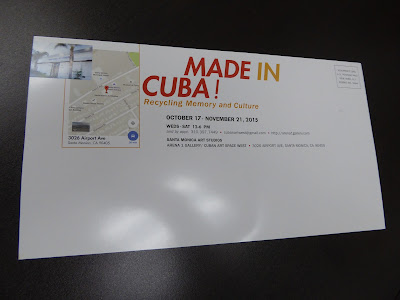 Among the artwork in this exhibit is one of two mixed media displays that feature bottle caps and labels of a Cuban beer, namely, Bucanero. x-ref:  http://www.cerveceriabucanero.com/english.php

Bucanero is a trademark for beer in Cuba.  For obvious reasons because of the longstanding embargo by the U.S., this beer is not available in the U.S.  Perhaps that will change with the relations between the U.S. and Cuba being normalized by the Obama Administration recently.

Some searches on the web, however, reveal some trademark disputes involving this brand name in the U.S. where it is sold under the name, Cubanero.

excerpt:  "Brewed at the Bucanero Brewery, Holguin, and sold elsewhere as Bucanero, however due to trademark difficulties it is sold in the UK under the Cubanero Fuerte Label."

note: I am informed that Holguin is an area of Cuba known for its exceptional fresh water.

Additionally, a USPTO "TESS" Search reveals a beer registration in the U.S. for Bucanero owned by a Canadian company, as follows:

Our web searches also revealed that Bucanero is made in Cuba in a joint venture between the Cuban government and the Canadian brewery, Labatts... and it turns out that the owner of the U.S. trademark, namely, Cerbuco Brewing Inc., is a subsidiary of Labatts...  x-ref:  http://www.luxner.com/cgi-bin/view_article.cgi?articleID=1076

There you have it... or you might if you are lucky enough to visit Canada or Cuba...  Hopefully, we will get it together here in the U.S. so that the Canadians aren't the only ones smoking Cuban cigars and drinking Cuban beer or Cuban coffee for that matter... just sayin'...