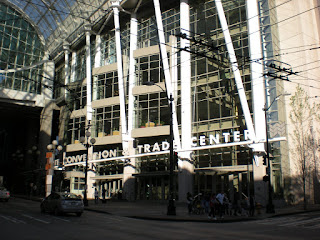 (The photo above shows the front of the Washington Convention Center, the venue of this year's Annual Meeting of the INTA) and the adjacent atrium roof which it shares with the Cheesecake Factory directly across the street) 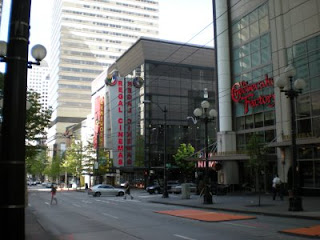 The Annual Meeting of the International Trademark Association (INTA) was held this year in Seattle, Washington. This is the third time the INTA has been held in this Amazing City in the Pacific Northwest, all three of which I've been fortunate to attend.

Below are several photographs which predominantly display the sights and scenes of this truly American city. Rather than focus on the topics of the conference seminars... yeah... which we can cover on another occasion, this blog post is intended simply to entertain and enlighten the reader on some of the highlights of our recent trip. So sit back and relax and make room for some coffee, donuts and pizza... and baseball and boating and festivals. 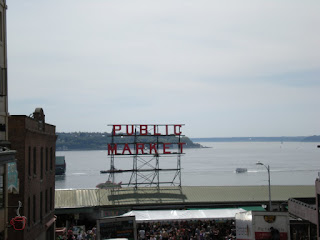 (Photo above shows signage above the famed Pike St. Market) 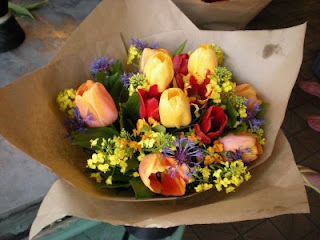 (Photo above shows a typical bouquet of fresh flowers available at the Pike St. Mkt.)

(Photo below shows what the Pike St. Market is truly famous for: fresh fish. At this time of year, especially, you can see for yourself the catch of the day, Copper River Salmon, which is very expensive, as you can tell from the posted prices) 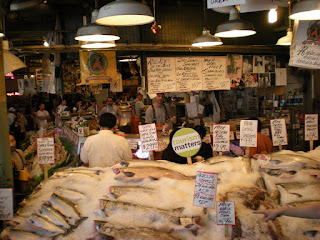 (Photo below is the signage for TOP POT DONUTS, which has a great backstory, and which this writer serendipitously just happened along while walking toward the Space Needle when he spied this shop on 5th St., http://www.TopPotDonuts.com) 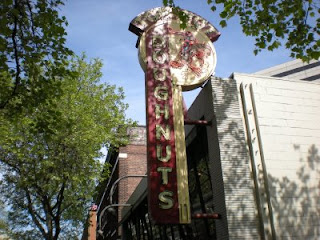 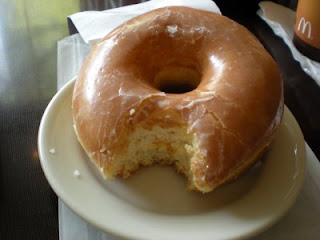 (Batter up ! This next photo was taken above home plate, well above home plate, at Seattle's Safeco Field, home of the Mariners. Photo taken 05.18.09, during Mariner's home game vs. Angels. Two highlights: Ken Griffey, Jr. got his 2,700th MLB hit; and the Angels blasted the Mariners, 10 - 6. 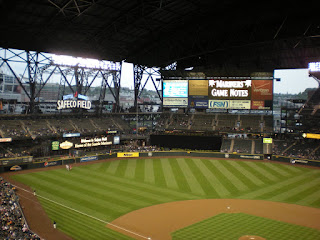 (Later that same evening, downtown, in the rain, I captured this photo of a downtown street scene lit up with neon and lights with the PUBLIC MARKET of Pike St. in the distance) 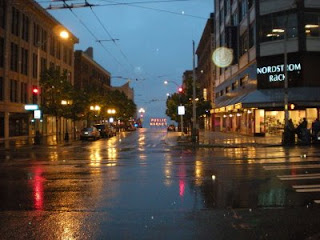 (On Tuesday, May 19th, I visited Starbucks HQ and got a private tour by a colleague who works there and was fortunate to be there when they were introducing the new ice cream supplier for the STARBUCKS ice cream line, namely, Unilever... and the results were delicious with caramel and creme, as well as their famed "Java Chip" being served up for all the employees and guests. Additionally, I got to try a cup of coffee brewed from Starbucks recent individual trademark and patent protected coffee machine, namely, CLOVER®. Consensus: Smooth and Strong) 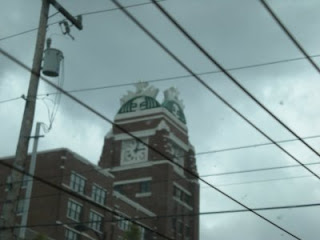 (On Friday, May 22nd, I visited the site of the Seattle Center and Space Needle, where the first day of the annual 3 day Northwest Folklore Festival was in progress and lo and behold, another Seattle based Donut shop had a booth there. "Mighty-O donuts" captured my attention with their banner and their philosophy of: Vegan - Organic - No Trans Fats. Kind of the Kurt Kobain take on donut making, as opposed to TOP POT which is really a combination of Starbucks and Dunkin Donuts. 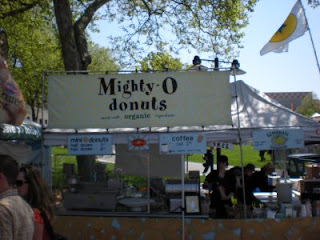 (Sat., May 23rd, below, shows the Seattle skyline on our return from a brief boat trip out to Bainbridge Island and back) 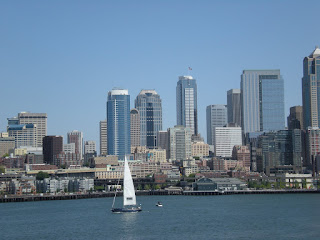 (Around the corner from TOP POT DONUTS on 5th St., I spied this restaurant sign that said "Serious pie." What was I to think ? Naturally, I was hoping for fresh peach pie. I was wrong as you will see in the next photo showing the pizza pie I enjoyed there on 05.23.09) (So I told the manager-owner, that I had tried Pizzeria Mozza in L.A. and he said that theirs was better... so I put them to the test and you know what, "This pizza below was Better !" Thin crust baked in a wood fired oven, this seriously spectacular pizza pie included: Buffalo Mozzarella, San Marzano Tomato, plus I added Coppa (a thinly sliced and cured ham.
Wow !) 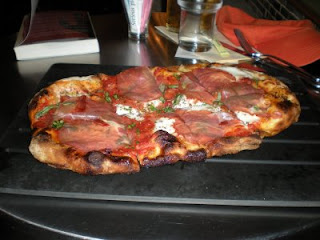 And so this story comes to an end with a Saturday evening flight back to LAX, on 05.23, and then I noticed off the port wing.... Mt. Rainier: 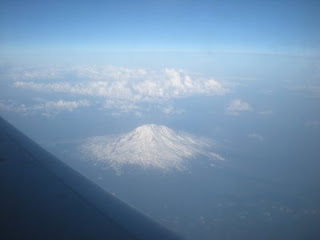 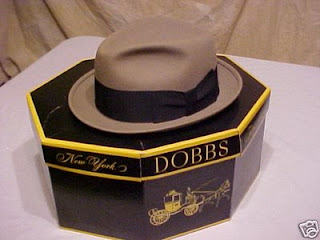 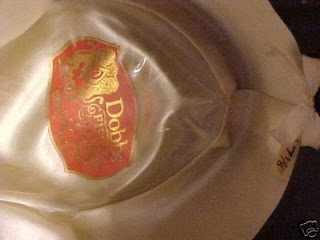 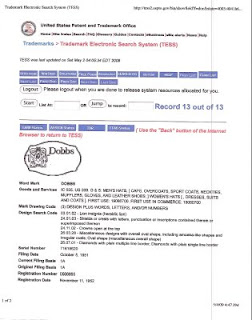 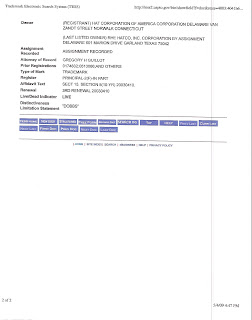