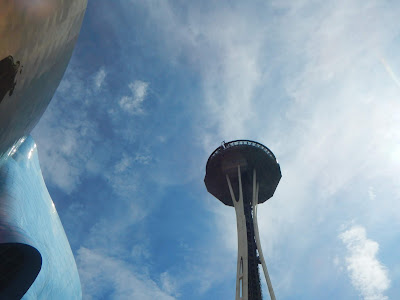 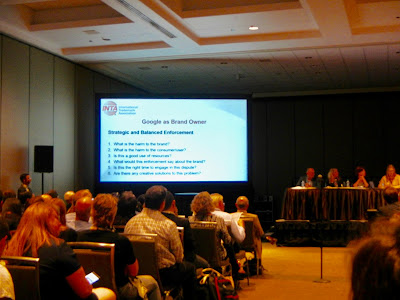 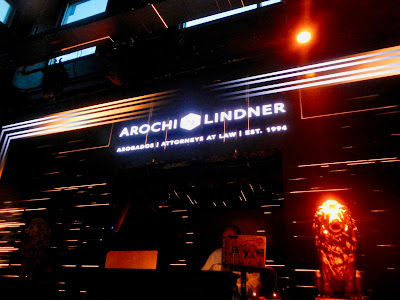 #INTA2018 in Seattle, WA, was not just about #Trademarks and #MCLE credits and #Meetings with associates/clients. It was also an opportunity to conduct R&D on Donut Trademarks...

After a mid day visit to #MOPOP (aka, the Museum of Popular Culture) at the Seattle Center... my next stop was TOP POT DOUGHNUTS®, which also happens to be a U.S. Federally registered service mark: 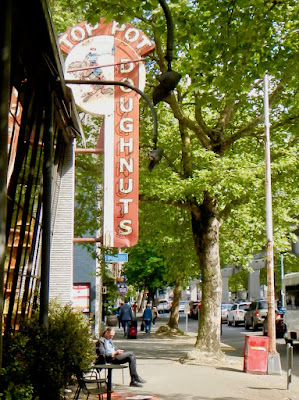 The classic Glazed Ring Donut with a cup of coffee below... 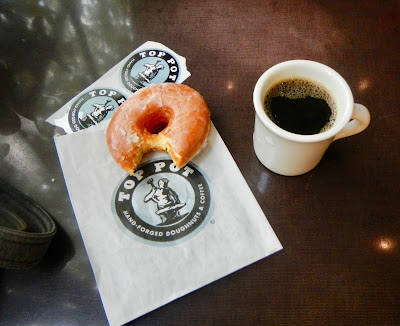 The next morning on my way to the Convention Center from my hotel, I "just happened" along famed Seattle Donutery, MIGHTY-O DONUTS®...  The #sustainable #organic choice in donuts in Seattle!... and it is also registered with the USPTO.

The choice in donut below is the Award winning as best donut in Seattle, the Nutty French Toast!... 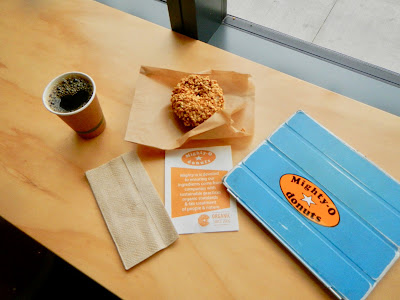 Sunday morning I stopped by again but this time I wore a vintage felt hat that I bought at a resale shop in downtown Seattle the previous evening...  Sorry, no label inside this beautiful hat so the jury is out on the brand name and trademark... 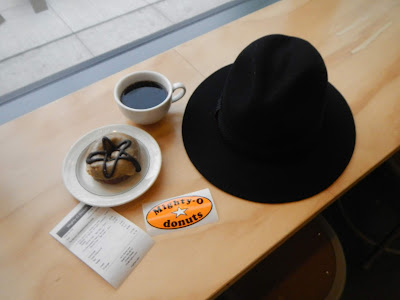 Another nutty French Toast donut this morning... because it was so good! 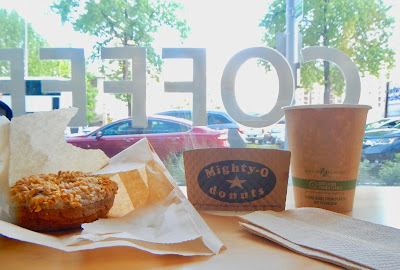 That evening, as an aside, I was asked if I would like Fries with my pizza at the E-Trademarks ListServ Reception... to which I responded, Why Yes, Thanks!... 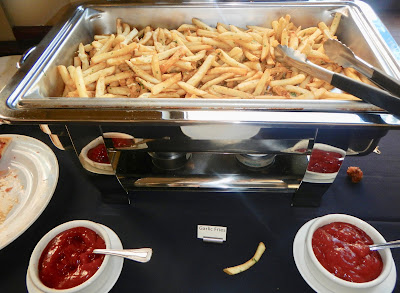 Chocolate Peanut and Chocolate Glaze and Chocolate Filling... along with a Mighty-O Donuts sticker and a cameo featuring some INTA swag in the form of a handy coin purse promoting the UNREAL campaign which focuses attention on #counterfeiting... 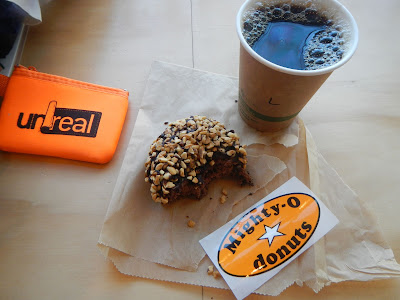 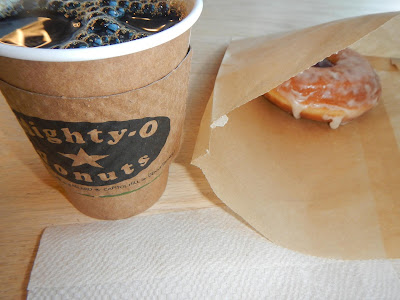 Today, I tried something new as it was the last day... so I ordered the JELLY-O, a classic jelly donut filled with raspberry jelly. 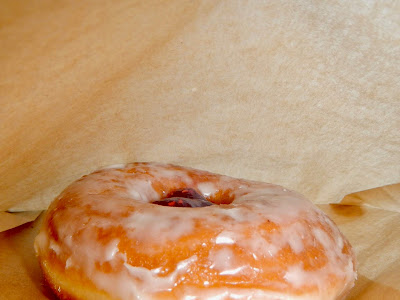 Later that day in the afternoon after lunch and before the Grand Finale event at the Space Needle, I had to stop by again to the Holy Grail of Seattle Donuts, namely, TOP POT DOUGHNUTS®: 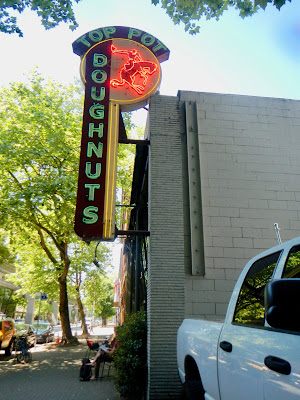 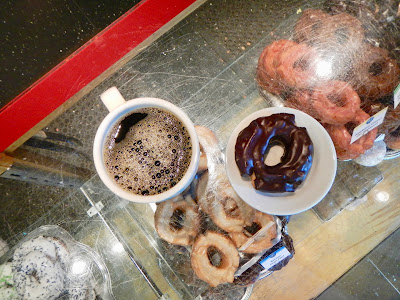 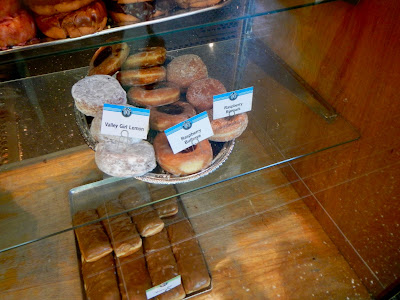 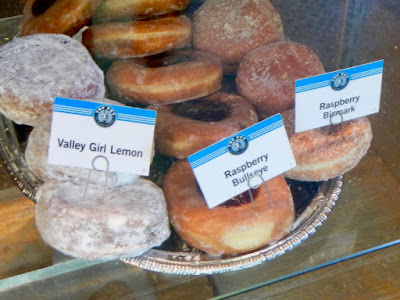 Six additional pounds later, there will be no more donuts had by the undersigned until the First Friday in June... which is, of course, National Donut Day...


If you use a smartphone or a tablet, you know that there are thousands of apps that are available to expand the utility of these mobile devices.  Each app has a name that identifies it. In many cases, the owners of these apps also seek trademark registrations to protect these names.  Here is one example:

In other words, the name of the app, as well as the trademark, is ETHIQ®.  As reported on May 8, 2018 in the Santa Monica Daily Press, per its owner, Darren Bates, "In essence, it's a dating app but instead of matching you with men and women, it matches you with businesses that match your values."

Another example of an app, and one that is certainly famous world-wide is INSTAGRAM. There are multiple U.S. Federal trademark and service mark registrations for this mark as both an app and as computer software. Here is just one registration:

The takeaway for all of us is that don't stop with naming your app.  Be sure you can register your name as a trademark.  Don't just adopt a name and not check to see if it is already being used by someone else for similar goods or services.

Posted by William Maguire at 5:13 PM No comments: