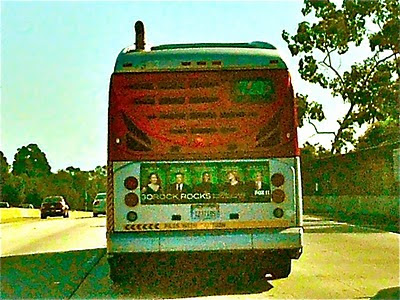 .... or so the advertisement said on the back of an RTD bus this morning on the freeway. After 5 years or so on the air, this tv show has been in second run syndication for a couple of years, with reruns being broadcast on the Fox network in Los Angeles.

And just in case you were wondering... yes, the owners of this show, Rockefeller Group, Inc., have a registered service mark in the U.S., as follows:

Since this application was filed based on prior use, the Registrant had to submit a specimen of use of the mark with its application. In this particular case, the Registrant submitted a webpage (see below) featuring the service mark and describing or otherwise indicating that the mark was being used in connection with a television show and podcasts.

(partial reproduction of specimen submitted by Registrant; shown here for illustrative purposes only)

With this tv series in second run syndication, this registration no doubt supports the licensing of this series since it is customary that a Licensor make certain representations and warranties with respect to the licensed property. This registration set forth above would support such a covenant. Additionally, with a hugely successful television series there is the potential for ancillary revenues from merchandising. Thus, other classes are likely being contemplated.

For more information about the selection, clearance and registration of trademarks and service marks with respect to tv shows and movies, we invite you take a look at the ARTICLES posted on our website at:

September 11th: We Will Never Forget 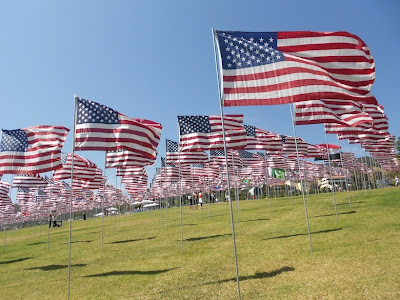 (Photo by Will Maguire.)