From all of us to all of you, we wish you a Merry Christmas and Happy Holidays! 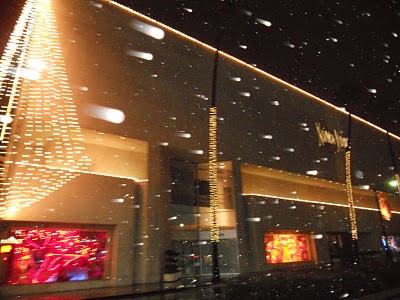 
We also welcome you to revisit our Dec. 2006 blog post entitled,

which features some brief remarks about winter and holiday related trademarks.

Licensing In The Buff

Licensing In The Buff, aka, "Naked Licensing"as an affirmative defense was just clarified by the 9th U.S. Circuit Court of Appeal in FreecycleSunnyvale v. The Freecycle Network (9th Cir., Nov. 24, 2010, No. 08-16382).

“Naked Licensing” occurs when the licensor “fails to exercise adequate quality control over the licensee.” Barcamerica at 596. Citing J. Thomas McCarthy, the court also stated, “Naked licensing may result in the trademark’s ceasing to function as a symbol of quality and a controlled source (3 J. Thomas McCarthy, McCarthy on Trademarks and Unfair Competition §17:12n.2 (4th ed. 2010)).

Generally speaking, the trademark owner who licenses the right to use its trademarks to another must exercise control with respect to the quality of their trademark’s on the licensed goods or services. “It is well-established ‘[a] trademark owner may grant a license and remain protected provided quality control of the goods and services sold under the trademark by the licensee is maintained.’” Barcamerica Int’l USA Trust v. Tyfield Importers, Inc., 289 F. 3d 589 (9th Cir. 2002).

The 9th Circuit’s analysis in deciding summary judgment on a claim of naked licensing includes:

2. In the absence of an express contractual right to quality control, did the licensor nevertheless demonstrate actual control through inspection or supervision?

3. Even if licensor did not itself exercise actual control, was there, in fact, “a close working relationship” between licensor and licensee “to establish adequate quality control in the absence of a formal agreement.”? Barcamerica, 289 F. ed at 597.)

1. “Put It In Writing.” After all, as the saying goes (reputedly by the legendary Studio mogul, Jack Warner), “an oral contract is not worth the paper it is written on. Include express rights of the licensor to inspect or supervise the license. There should be quality control standards that are enforced by the licensor.

2. “Stay Busy”, e.g., paper the file. Confirm phone calls or conversations in writing or via email. Keep a “Quality Control” file and maintain it.

3. “Stay Involved”, e.g., do not rely solely on your licensee’s own quality control measures.

A finding and ruling of the existence of a “naked license” is just the kind of double whammy the licensor definitely wants to avoid. Not only is your license unenforceable, but your trademarks are declared “abandoned”. Pay attention to your license and licensee and you too may live to enjoy the sweet smell of success. It sure beats getting caught with your pants down running naked and without a license... and no mark to show for it.