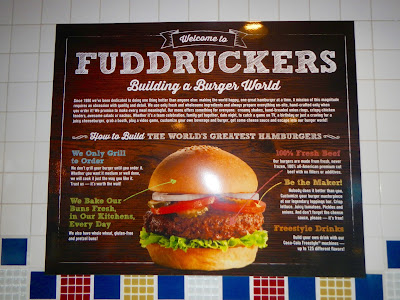 A Fuddruckers® restaurant recently opened in Santa Monica, California!... For burger enthusiasts and trademark practitioners alike, this is a welcome addition to the burger options on the Westside and well within walking distance from the shores of the Pacific Ocean... 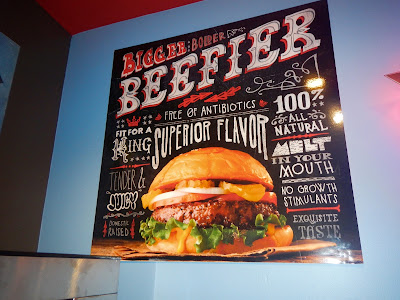 And it seems like forever that I’ve wanted to try a Fuddruckers (aka, Fudd)!… at least since my trademark law class at The John Marshall Law School in the Fall of 1990 when I was enrolled in their LL.M program in Intellectual Property… After all, there was that trade dress case out of the 9th Circuit involving Fuddruckers v. Doc’s B.R. Others back around 1987 (see cite and link below).

And then this past year or so the KOO-KOO-ROO restaurant (same ownership, apparently) closed at the corner of 20th St. and Wilshire Blvd., in Santa Monica, California… and in its place opened a Fuddruckers.  After what seemed like over a year of having to wrangle with the City of Santa Monica over permitting, etc., it finally recently opened and tonite I had a chance to try it for the first time ever and was not disappointed. I had the Classic 1/3 lb. cheddar cheeseburger with their wedge fries (see photos…) and was impressed with the garnishing bar (think salad bar; see photo below) with lots of options... 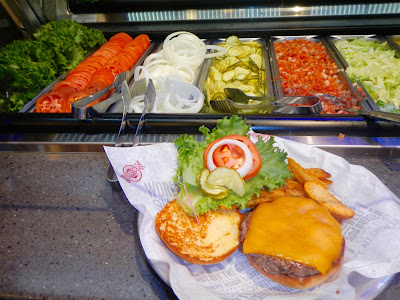 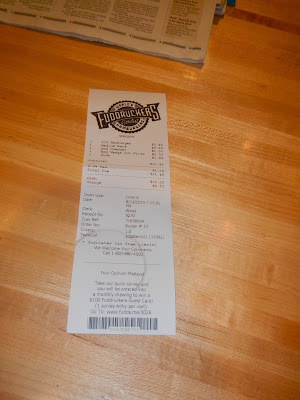 I also followed it up with a Chocolate Shake, and if you ask…, they will put some peanut butter in it too… so you don’t have to choose between those two flavors. The verdict on the shake was Unanimous!...  It was Outstanding!

THE SUPREME COURT OF THE UNITED STATES

In this opinion by the Supreme Court, it held, in part, that inherently distinctive trade dress is protectable without proof of secondary meaning.

The Supreme Court also cited a number of cases from different Circuit’s, including the 9th Circuit opinion in the Fuddruckers case referenced above.

The Fifth Circuit was quite right in Chevron, and in this case, to follow the Abercrombie classifications consistently and to inquire whether trade dress for which protection is claimed under § 43(a) is inherently distinctive. If it is, it is capable of identifying products or services as coming from a specific source and secondary meaning is not required. This is the rule generally applicable to trademark, and the protection of trademarks and trade dress under § 43(a) serves the same statutory purpose of preventing deception and unfair competition. There is no persuasive reason to apply different analysis to the two. The "proposition that secondary meaning must be shown even if the trade dress is a distinctive, identifying mark, [is] wrong, for the reasons explained by Judge Rubin for the Fifth Circuit in Chevron." Blau Plumbing, Inc. v. S.O.S. Fix it, Inc., 781 F. 2d 604, 608 (CA7 1986). The Court of Appeals for the Eleventh Circuit also follows Chevron, Ambrit, Inc. v. Kraft, Inc., 805 F. 2d 974, 979 (1986), and the Court of Appeals for the Ninth Circuit appears to think that proof of secondary meaning is superfluous if a trade dress is inherently distinctive. Fuddruckers, Inc. v. Doc's B. R. Others, Inc., 826 F. 2d 837, 843 (1987).

The TTABlog, by John L. Welch

Test Your TTAB Judge-Ability on These Three Mere Descriptiveness Refusals

This blog post by John Welch discusses some recent trademark applications filed by Fuddruckers and refused by the USPTO as being merely descriptive and which refusals the TTAB later sustained on appeals by Fudd.

(Disclaimer:  The comments and opinions communicated herein are not intended as legal advice and the use of photos are for illustrative purposes only. Additionally, the author herein has undertaken this blog post as a commentary protected under fair use principles.)