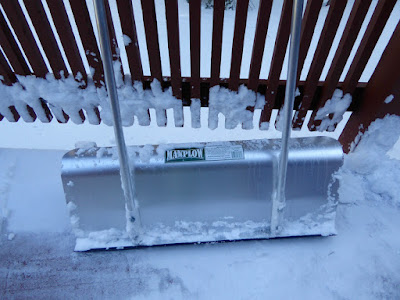 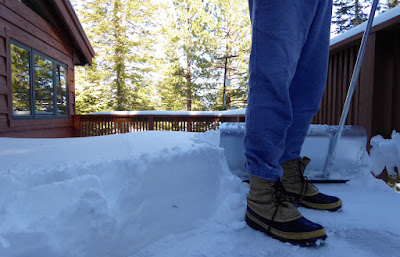 Above, the MANPLOW® in action beside a pair of classic SOREL® winter boots makes swift work of nearly 2 feet of snow.  Well done!

Now if that doesn't get you excited about snow... perhaps this photo below from Mammoth Mountain will do so. Note other winter trademarks shown here such as all wheel drive and 4x4 vehicles, roof racks and luggage containers, snowboards, snowboard boots, parkas, snow pants, gloves, goggles and helmets... 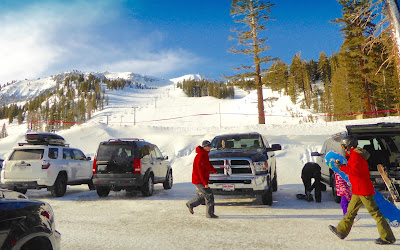 Last but not least is the ski resort staple, namely, the gondola, shown below at Mammoth Mountain and made by the Austrian company, Doppelmayr.

Yet more evidence of business interests protecting their brands with trademark registrations...