DUNKIN' DONUTS (DD) opened its first Southern California shop in many years this past Tuesday, Sept. 2, 2014 at 5:30 a.m. at the corner of 12th St. and Wilshire Blvd. in Santa Monica... AND there's still a line out front! 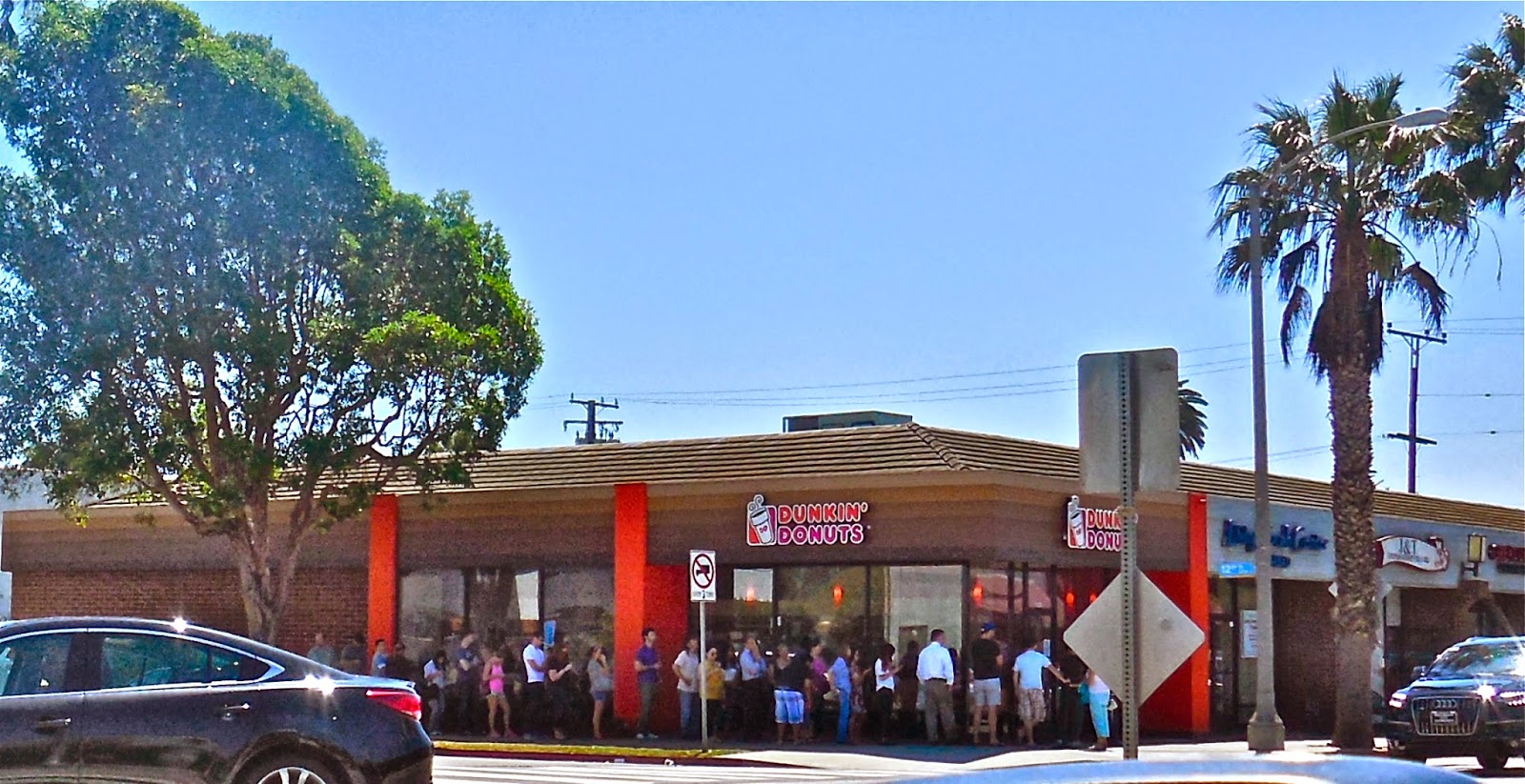 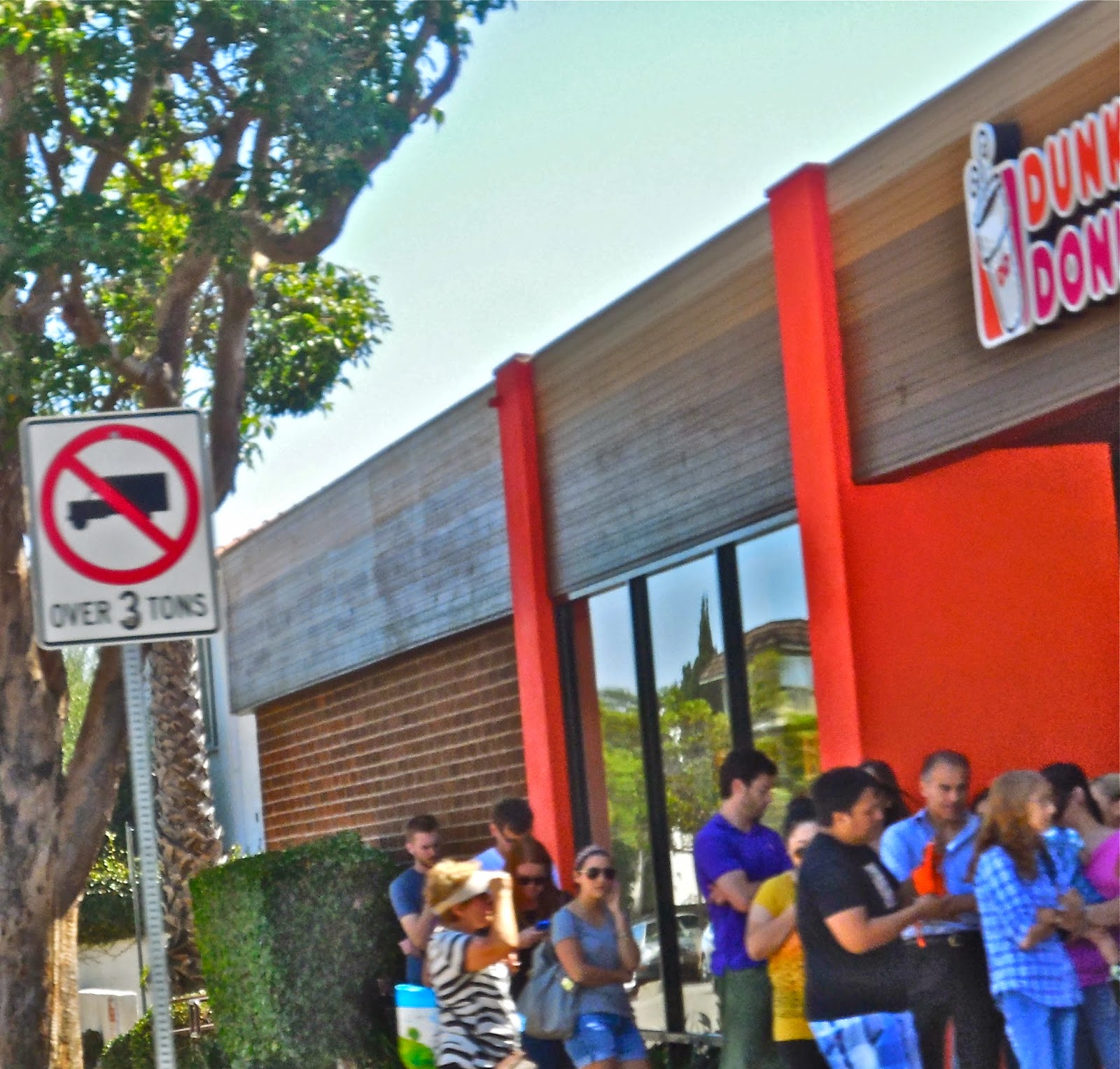 Meanwhile, one block away is Krispy Kreme...  no line (see photo below).  Krispy Kreme (KK) is going to have problems staying open at this rate.  KK's problems run deeper than just DD moving in a block away, however.  The KK Santa Monica location, for example, trucks in its donuts.  They are not the coveted original warm and just fresh out of the oven glazed donuts that its fans adore.  Instead, the KK donuts in Santa Monica and at most of their retail locations (that are without on site bakery operations), the donuts have shrunk.  They are not the size of the original KK glazed donuts.  This is a critical problem in terms of customer loyalty and brand integrity.  They've ripped the heart out of the magic of the KK brand, in my opinion.  It's a tragic shame.  Imagine if KK would offer the original size of their glazed ring donut at their Santa Monica location and if the donuts were fresh right out of the oven and still warm?!...  Word would get around and people would line up for that.  In the meantime, I won't be going to this KK venue because the shrunken sized donuts that are neither warm or fresh out of the oven are just unappealing and are not representative of the classic Krispy Kreme donuts.  Imagine if this happened at IN-N-OUT?!... Thankfully, IN-N-OUT is still privately held and understands the magic of their brand. 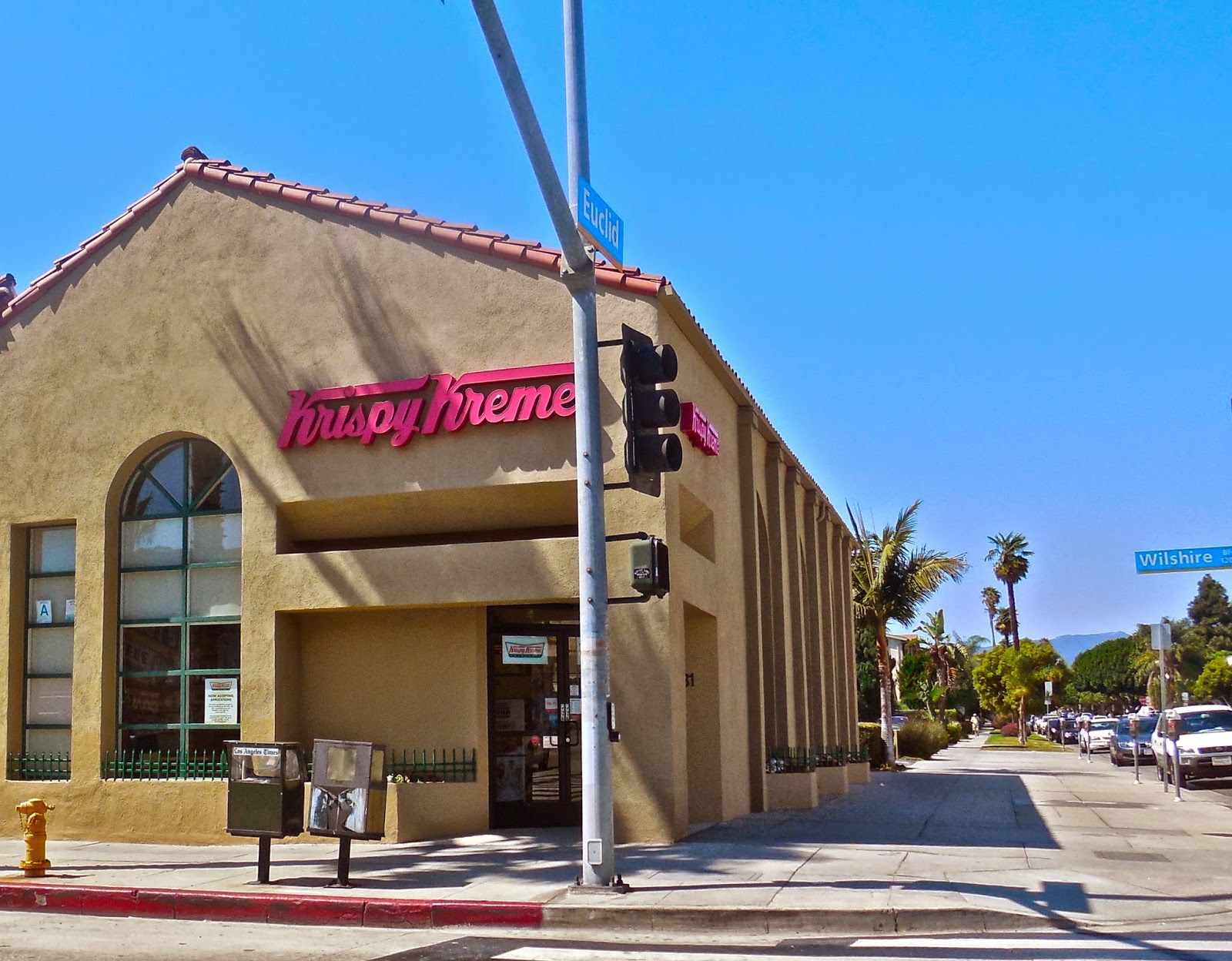 note:  this is just one of numerous registrations owned by DD.


note:  this is just one of numerous registrations owned by KK.


note:  this is just one of numerous registrations owned by IN-N-OUT.
---