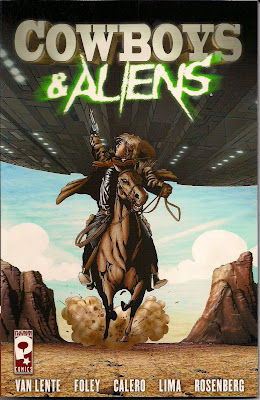 What began as a comic book over ten years ago is now suddenly the "IT" or certainly one of the "MUST SEE" feature films of the summer! With perhaps the BIGGEST presence at the recent 2011 San Diego Comic-Con, COWBOYS & ALIENS® is being advertised and promoted across multiple platforms and venues.

In San Diego during Comic-Con (July 21 - 24, 2011), a huge wrap advertisement and promotional display graced the skyline along the Bayfront at the recently built Hilton: 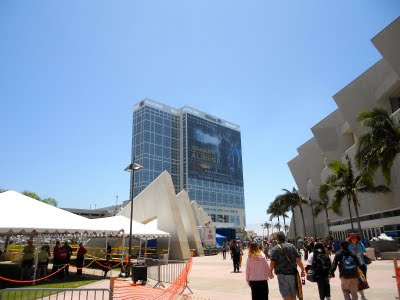 On 5th Avenue, in the Gaslamp District, which leads directly down to the Convention Center, there was even a local restaurant that was all decked out as the "Cowboys & Aliens Hotel and Saloon, and was open for business to the public for lunch and dinner: 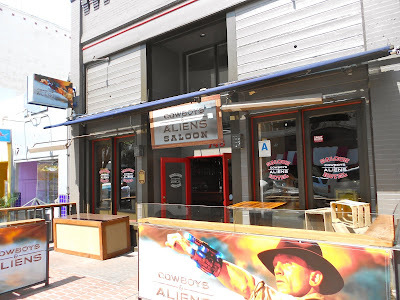 At the Civic Center, the world premiere for the feature film was held on Saturday nite, July 23, 2011, that was attended by both the stars and the producers: 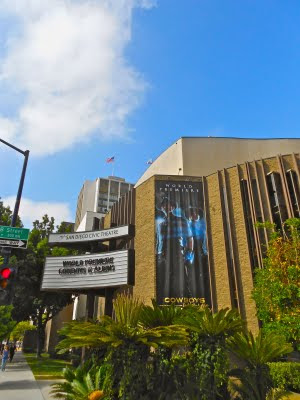 Meanwhile, inside at Comic-Con itself, Platinum Studios Comics which published the underlying comic book property was host to several of the comic books writers for autographs and the sale of related merchandise and prizes: 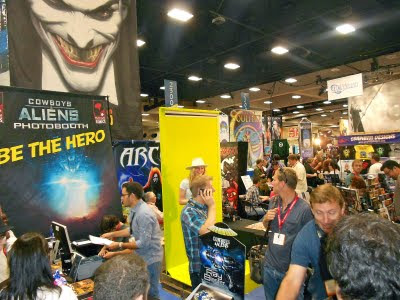 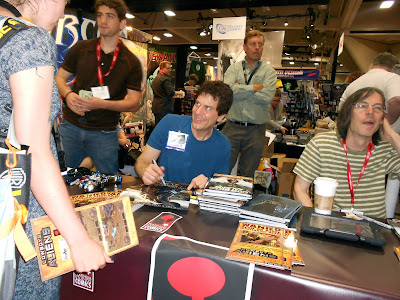 *** And yet all of this pomp and circumstance began with merely an idea followed by the expression of a storyline and art becoming a comic book and years of development and eventually leading to a finished feature film starring two of Hollywood's most bankable movie stars, namely, Harrison Ford and Daniel Craig. 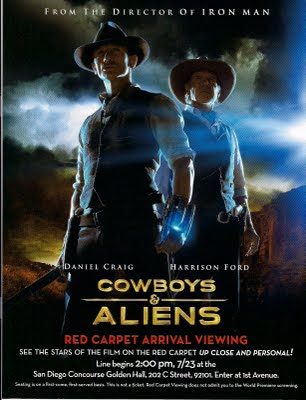 In terms of the proprietary rights and the foundation of trademarks for COWBOYS & ALIENS®, two key trademark registrations were obtained early on by the undersigned on behalf of the property owner, as follows:

Dreams do come true. There is more to it than wishful thinking, however. Ideas must be expressed. Proprietary rights must be protected. Deals must be made and contracts signed. Cowboys & Aliens, like The Men In Black are both good examples of properties that have been sheparded well from inception to feature film. Time will tell if Cowboys & Aliens will likewise reap rewards from merchandising but this property is in an excellent position to do so given its attention to protecting the proprietary rights in this title and trademark.

For more information on protecting trademarks, please see the ARTICLES posted on our website at: www.TrademarkEsq.com