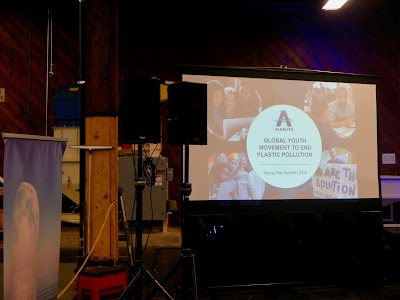 Day Two of the two day #RisingTideSummit featuring more sustainable topics, speakers and issues.  Here is some of what was presented:

French long distance swimmer and eco advocate, Ben Lecomte, to attempt 5,000 mile crossing from Tokyo to San Francisco... swimming 8 hours a day, resting on board support vessel each night, expecting 200 + days off shore... This swim event is being used as a platform to promote ocean protection.  During this mission, the team will be investigating ocean pollution, doing radioactive testing, and checking the currents that plastic pollution follows.

•  Brand Citizenship, presented by Jim Morairty, 72 AND SUNNY, an advertising agency in offices worldwide.  Topics included the rise of brand citizenship - aligning the interests of brand, society and the environment.  Examples include PATAGONIA, BEN AND JERRY'S, TOM'S, UNILEVER.

•  Political Advocacy - featuring Fred Keeley, Dr. David Wilmot of Ocean Champions, and Wendy Wendlandt of TPINNetwork.  Per Fred Keeley, "We need to be a proxy for the Ocean because the Ocean can't speak for itself."  David Wilmot spoke of his organization's campaign, #VoteTheOcean, and summit attendees got in on the swag, namely, a baseball cap funded in partnership by BILLABONG. 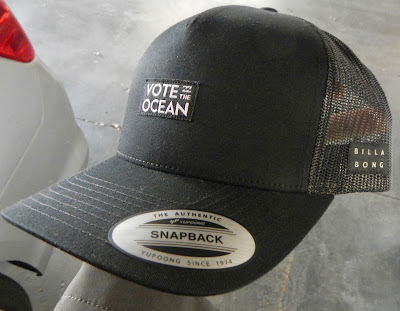 •  The "Global Youth Movement To End Plastic Pollution" - featuring Katie Allen with ALGALITA Marine Research Foundation, Long Beach, Calif.  Algalita is the non-profit founded by Capt. Charles Moore who discovered the now infamous "Great Pacific Garbage Patch".  Among Algalita's program is POPS (plastic ocean pollution solutions).  Their panel included three high school students that are active in Algalita programs.  Among the comments provided by this youth panel were the following statements:  (1) Youth is underestimated in its ability to effect change; (2) More education is needed to effect change; (3) The transition away from plastic is challenging; and (4) Small changes can help the bigger goal.

•  Sports As A Force For Good - a panel led by Sports broadcaster and film maker, Angela Sun, who created the documentary, "Plastic Paradise" (available on Netflix).  This panel discussed dealing with and trying to overcome a perceived disconnect between sustainability and sport.  One speaker was Reece Pacheco with the World Surf League who spoke of the challenges in instituting sustainable practices within their organization.  One positive change has been competitor jerseys are now made out of recycled plastic.

Posted by William Maguire at 2:09 PM No comments: 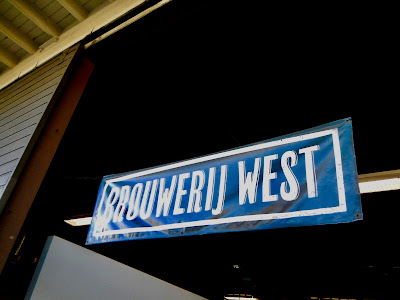 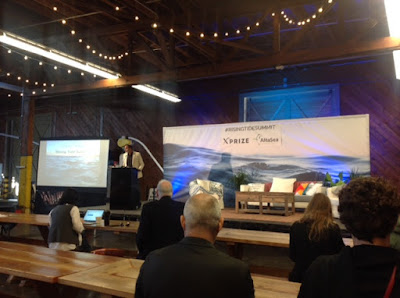 #TheBlueEconomy
-  "The current state of the Ocean is a Huge Opportunity for the State of California."
-  "The Ocean: Our Final Frontier."
Jenny Caruso, Exec. Director, AltaSea 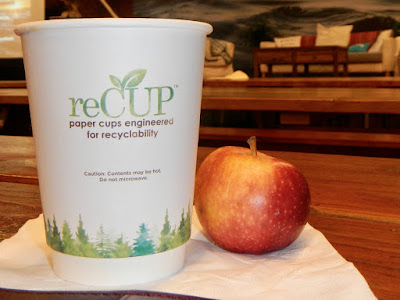 -  Living Earth Systems:  Eddy Garcia discovered that meal worms eat styrofoam and return it to biodegradable matter.  Advocate of #RegenerativePractices... bio remediation as the next step beyond recycling. 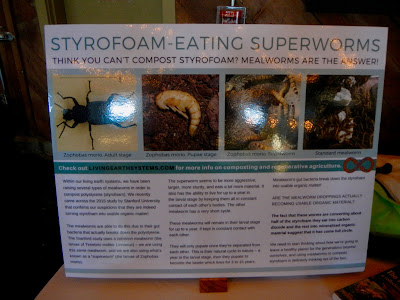 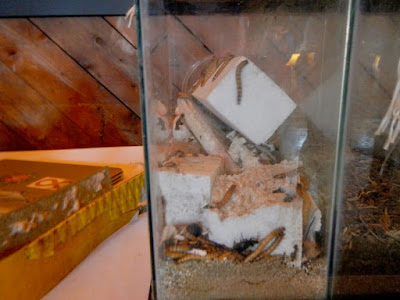 Posted by William Maguire at 8:32 AM No comments: